How Do You Know If You Have Periodontal Disease?

Your general cleaning with the dentist can take a turn for the worst if your dental technician finds indications of periodontal disease. Toothache, bleeding gums, or soreness in and around your tooth are often the first signs of Gingivitis or other periodontal diseases. At the practice of Dr. Jesus Medina Jr., DDS, our trained technicians can measure the space between your teeth and gums, and uses that, as well as how sensitive the gums are and whether or not they bleed, to determine how healthy your teeth are. The chart below outlines the different stages of periodontal disease: 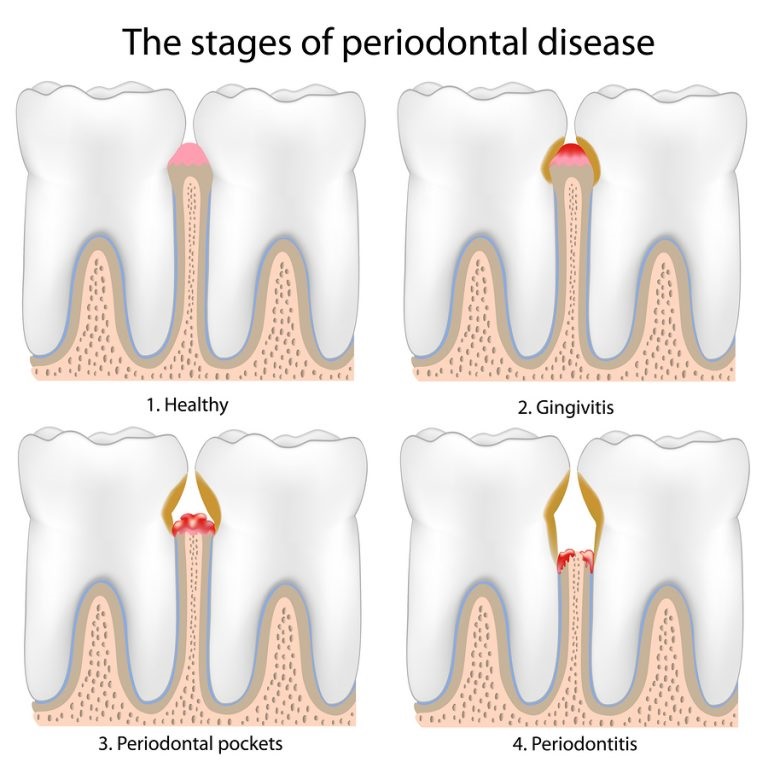 The first, and least harmful stage of periodontal disease, Gingivitis causes bleeding gums and inflammation, usually as a result of plaque buildup.

Once plaque becomes tartar, it begins to erode the gums around your teeth. This erosion forms deep “pockets” in between the teeth and the gums around them, which are susceptible to bacterial infection, and become very inflamed and prone to bleeding when brushed or flossed.

As periodontitis becomes worse, bone loss in your teeth and jaw becomes a serious problem, and your teeth lose the supporting ligaments and gums holding them in place. Unless treated in a timely fashion, teeth will begin to fall out and erode further.

Contact Dr. Medina in Las Vegas to get checked for Periodontal Disease today.

Want to join the discussion?
Feel free to contribute!